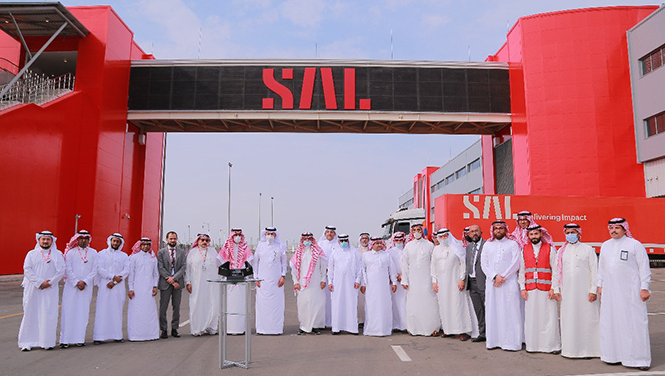 SAL Saudi Logistics Services Co. launched today, Dec. 19, the first phase of the expansion of its new terminal at King Abdulaziz International Airport in Jeddah, the company said in a statement sent to Argaam.

Company Chairman Fawaz bin Mohammed Al-Fawaz said that the launch of the terminal’s expansion aligns with the national strategy for transport and logistics, which targets transforming the Kingdom into a global logistics platform.

This will contribute significantly to maximizing and diversifying the economic impact of the Kingdom, as well as achieving the sustainability of the logistics sector growth, he added.

Furthermore, the launch of the expansion aims to benefit from the company’s strengths in handling air freight and its expertise in the sector to expand its logistics services and advanced solutions at airports and outside, in addition to serving international markets to boost the strength of linking the Kingdom’s ports with its global peers, Al-Fawaz added.

SAL Acting CEO Hisham Alhussayen said that the expansion area of ​​the first phase of the terminal will reach 40,000 square meters, offering quality services, in addition to traditional services of ground handling.

The services will include various shipping facilities equipped with the latest utilities and the highest international standards and systems.

Alhussayen highlighted that the first phase of the project will raise the capacity of the shipping facilities to about 1.1 million tons annually.